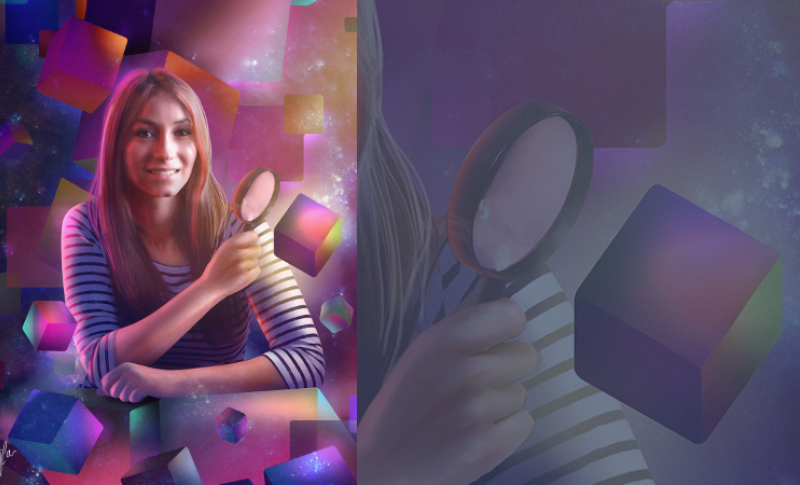 Throughout March Balkansmedia.org will present and celebrate just a few out of million women in media that are everyday breaking the barriers and paving the road for the younger generation of female journalists and media workers. In partnership with Lejla Ahmedspahić, one of the illustrators who worked on the project #ŽeneBiH we created six illustrations of amazing media workers in the Balkans to introduce you to women in media from your countries and countries from the region, and to share hope with younger generations of media workers that they are not alone, and that they have support and a foundation to build upon.

Today we are presenting our heroine Jelena Vasić.

Jelena Vasić (age 31) is the lead project manager of the Serbian investigative portal KRIK. Previously, she has worked as a local researcher for the international journalistic network the Organized Crime and Corruption Reporting Project - OCCRP. From 2012 to 2015, Vasić was a member of the reporting team at the Center for Investigative Journalism of Serbia – CINS. She graduated from the Journalism Department at the Faculty of Political Sciences in Belgrade, and she graduated from high school in her hometown, Ljubovija.

In April 2015, Vasić and a group of five other journalists founded the Crime and Corruption Reporting Network – KRIK, a non-profit organization established to improve the media scene in Serbia. They recognized the necessity of such an independent media organization that would provide full freedom in their work and decisions, as most of the existing media were either controlled from outside or insufficiently active. KRIK is now the most popular independent investigative portal in Serbia, dedicated exclusively to exposing corruption and organized crime at the highest levels of power.

As a member of KRIK’s investigative team, Vasić won several national and international awards, during a period when she was working both as a reporter and manager at KRIK. Now she runs KRIK’s project/fundraising team, and only occasionally does journalistic investigations, purely for fun or to help her colleagues. It turned out that a team of young, hard-hitting journalists can only be “managed” by a former journalist, who understands their problems and needs.

During its first six years, KRIK’s team has published more than 80 investigative stories about the strongest players in “the game” – presidents, ministers, mayors and drug lords. In the same period, KRIK developed three unique, award-winning online databases: the Assets of Serbian Politicians,, then the "The Black Book," which shows data on all mafia-related killings in Serbia and Montenegro, and finally, the “Judge who Judges,” database about Serbia’s judiciary. KRIK's journalists including Vasić, also had the privilege to be Serbia’s only participants in famous global investigations into the Panama Papers, Paradise Papers and FinCEN Files leaks. And in December 2017, KRIK has launched the first debunking fake news portal in Serbia,  RasKRIKavanje. Vasić has managed all these projects for KRIK, and she also enjoys training young reporters, both locally and in the region.

KRIK’s team continue to work successfully, in spite of the many smear campaigns against them and other pressure, and KRIK’s readership has grown to half million readers per month.